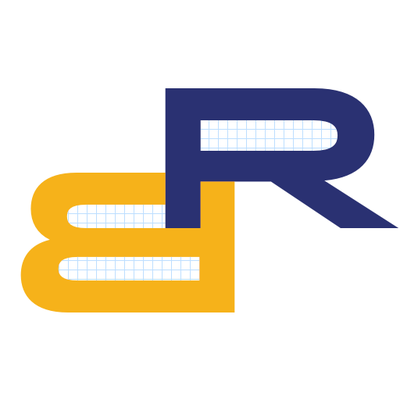 October Overview
Neo Ar — 3 years, 6 months ago
For the month of October, we did the following:

Nothing too exciting to report this month other than slow and steady progress. The book club has been going great with lots of COAD episodes, and I returned to the RISC-V Reader as well! With all the hardware in hand, we are growing ever closer to having a RISC-V PC built. The pcalc maintenance is not very interesting or exciting work, but it has been an important step and an aid in re-familiarising myself with the codebase after not working on it in a while.

July, August, & September Overview
Neo Ar — 3 years, 7 months ago
For the month of July, we did the following:

For the month of August, we did the following:

For the month of September, we did the following:

It's been a while since the last blog update, sorry about that! Around the
beginning of September I posted an update about some happenings in my life on
youtube which you can watch here:

Since then, my mom has been healing well. She didn't need surgery and has a
less restrictive back brace. She has physical therapy twice a week which has
been going well! Additionally, I've sold off nearly all of my Japanese promotional
Shadowverse cards which covered the cost of my upcoming trip to the Philippines
to spend time in person with my gf. My personal savings & the money from my
supporters is all being devoted to RISCY BUSINESS, so I'm very pleased that my
collection was able to cover an important personal life expense. The trip will
be over the month of December. I'll stream some work while I'm there, but it will
be minimal and not following the usual schedule, so heads up about that.

Regarding the show, a lot of interesting things have happened over the past three
months! Seeing our RISC-V Linux Hello World running on an actual RISC-V processor
was a great milestone and with the HiFive Unleashed Expansion Board in hand, plans
have begun for building a RISC-V PC! My dad also helped out with getting a wall
outlet installed and Ethernet cables strung up to my office, so I am no longer
streaming off of a WiFi connection and will be able to connect the HiFive Unleashed
to the internet!

I also received the Ultimate Hacking Keyboard which I pre-ordered a few years back.
I'm back up to a reasonable typing speed (at least for English text) and am getting
into the habit of using the proper fingers more :)

The book club and pcalc have been moving along smoothly as well.

Off stream, I've been studying the material covered on Bitwise intensely and I have some
notes that I intend to share in the coming months and I'd like to cover some of the material
I've learned on my own show as well, so stay tuned for that!

May & June Overview
Neo Ar — 3 years, 10 months ago
For the month of June, we did the following:


Not too much to report on my end for the last couple months other than getting back to COAD. The first major piece of news is that DConf 2018 happened in May and Luís Marques gave a talk arguing against OOP:

I also installed Qubes OS on my laptop. Overall, I am happy with it and am going to continue using it on my laptop for the foreseeable future but I'll detail all the pain points I ran into here for anyone curious. Getting an ISO that matched the checksums took numerous tries, getting it copied onto a flash drive without corruption took multiple tries (might be time for me to invest in a new one...) and getting Qubes to install took numerous tries. Right now I'm just using the Fedora and Whonix vm templates. In general, documentation is pretty poor but I've been able to figure everything I've needed out, I had to write some custom scripts to provide a pass menu using dmenu (which was a bit of a trick since it involves clipboard management between vms) and a little one to allow my prtsc key to run ImageMagick's `import`, save the result with a timestamp, and move it to my untrusted vm. I still don't have everything configured just the way I like (so much to do, so little time). The device support is a bit buggy with respect to a usb device being removed unsafely, system being suspended and resumed, and occasionally I run into issues with my webcam and built-in speakers (although I never tried the built-in speakers before using Qubes so that might be a hardware issue). With the webcam, sometimes Qubes loses track of the device, sometimes it goes black randomly and needs to be detached and reattached to the vm, sometimes a suspend and resume will fix it if it's borked, sometimes a full reboot is needed. However, most of the time it works fine so it isn't a major pain. The speakers sometimes do not physically produce sound despite everything looking fine in pulse audio, again, this might actually be a hardware issue. This isn't really an issue for me, as I always wear headphones anyway. The shutdown/reboot/boot times are horrendously slow, like on the same level of bad as MS Windows. I can't interface with my android phone over usb with adb, I have to connect to it over wifi. Qubes OS is not really able to screen share by design, would be nice, but I can live without it (not for a work machine of course). With those complaints out of the way, the system is really great at what it does. I use a work vm, a personal vm, an untrusted vm, a vault with my pass repo, sys-net and sys-firewall marshal access to the network, sys-usb marshals access to usb devices, sys-whonix for whonix vms, and I can launch applications in disposable vms that only live for the life of the program(s) being run in them! It is all seamless and performs great. i3 in dom0 is really great and it even has this slick feature out-of-the-box where M-enter opens a terminal in whatever vm the window with current focus is in (dom0 by default)

Casey had an excellent talk that is worth watching:

I got the HiFive Unleashed Expansion Board purchased in May as well.

In June, Microsoft acquired Github, so I moved to Gitlab. The repos for the series are now on Gitlab and can be found at the usual link (code.riscy.tv). I ran a poll on twitter regarding whether I should tweet before I go live and 2 out of 3 people voted yes, so I now tweet when I go live (twitter.riscy.tv).

The most exciting news of June is that Miblo created an absolutely amazing early access episode guide for the series (guide.riscy.tv). He even went above and beyond and created a RISCY BUSINESS logo!

Within the world of RISC-V videos, Per has been continuing to do absolutely amazing work on his Bitwise series, Robert Baruch has been continuing his LMARV series, and Sam Falvo started a new series about his Kestrel Computer Project. All of these series are listed on links.riscy.tv.

In the coming months I'm excited to work on building my RISC-V PC, hand-assemble some code, and continue working through the books on the Book Club. I'm looking forward to continuing work on pcalc, playing with the hifive1, and doing homework from Bitwise as time permits. I also want to do some community spotlight videos to check out RiskyFive's DHDL and serge_rgb's scc projects.

March & April Overview
Neo Ar — 3 years, 12 months ago
For the month of March, we did the following:


For the month of April, we did the following:


March was an exciting month in that Per Vognsen started the Bitwise project! My focus has perhaps been a bit too heavy the past few months on following along with Bitwise, but in the long run it will pay off as it is really bootstrapping my knowledge for accomplishing my own goals on my series. I highly recommend everyone watch Bitwise and I think that Bitwise is very complimentary to RISCY BUSINESS! I've been streaming all of my Bitwise Homework on Twitch, and it is all archived on riscy.tv. Note that the Bitwise Homework episodes are not being annotated or early-access just like the pcalc development streams.

In April we continued following along with Bitwise in my Bitwise Homework series. I also unboxed and began playing around with a HiFive Unleashed which is the world’s first RISC-V-based, Linux-capable development board! Not only that, but even more of that sweet sweet RISC-V hardware we all love has been announced with Microsemi unveiling a board purpose-built to expand t... and much more. Make a RISC-V PC! I'm just waiting on CrowdSupply to respond to my request for alternate payment method to get my expansion board ordered. On a more somber note, I had to hassle with my Gumroad account getting suspended, but after talking with their support it was put back in good standing.

Moving forward I am looking to continue the Book Club, RISCY BUSINESS, Bitwise Homework, and working on pcalc in the coming months. I can't wait to do more with my HiFive Unleashed and ultimately build a RISC-V PC.

January & February Overview
Neo Ar — 4 years, 2 months ago
For the month of January we did the following:


For the month of February we did the following:


January & February were a bit slower than I'd like again, but I don't think any major changes to my schedule are needed. Throughout the last few months I had an appointment with a podiatrist to see about getting a special shoe insert to help with blistering, an appointment at a clinic that makes prosthetics to have the insert made, another appointment to get the insert, a regular appointment with my doctor to get my antidepressants refilled, a trip to the ER due to severe chest pain, a visit to the local doctor's office for a free cholesterol screening. On the way out of the clinic after having my blood drawn for the cholesterol screening I also fainted and smacked my head hard on the glass door and got a small cut my hand on the way down. Needless to say, these last few months have been eventful for me with regards to health care, which has taken a toll on my streaming. The good news is that I'm in good health, my heart is healthy, all my vital signs, cholesterol, etc. look good, and I didn't sustain any major injuries from my fall!

With regards to what I did manage to stream, in January we continued to push forward with both of the books we are reading on the Book Club, and continued to make progress on pcalc. I'm excited to say RISCY BUSINESS now has an alternative to patreon as well: If you don't want to use patreon but would still like to support what I do, check out gumroad.riscy.tv! Gumroad allows you to receive Early Access to my videos for $1+/month and all software developed during the programming blocks such as nwr_mem.h or the up-and-coming pcalc for $5+/month, just like on patreon. Unlike patreon, these updates work via email, and I won't provide transparency reports through it, so if you want to see transparency reports, you'll still need to grab the pdf's off of the publicly available patreon posts which I also link to on twitter every month.

In February we made exciting progress with our PWM speed test program on the main RISCY BUSINESS show - interrupts from the PWM now fire! We also made exciting progress on pcalc getting it to make a successful connection to X11 for the first time! Not only that, but SiFive made the exciting announcement of The world’s first RISC-V-based, Linux-capable development board! I'm expecting my board to arrive in April and I can't wait to do all sorts of exciting projects with it on the show!